With recent events weighing on us all, it’s a breath of fresh air to announce something fun and exciting to look forward to; the upcoming release of The Trolls World Tour movie! This is the second film in the Trolls series, and will premiere in theaters and at home April 10th, 2020. 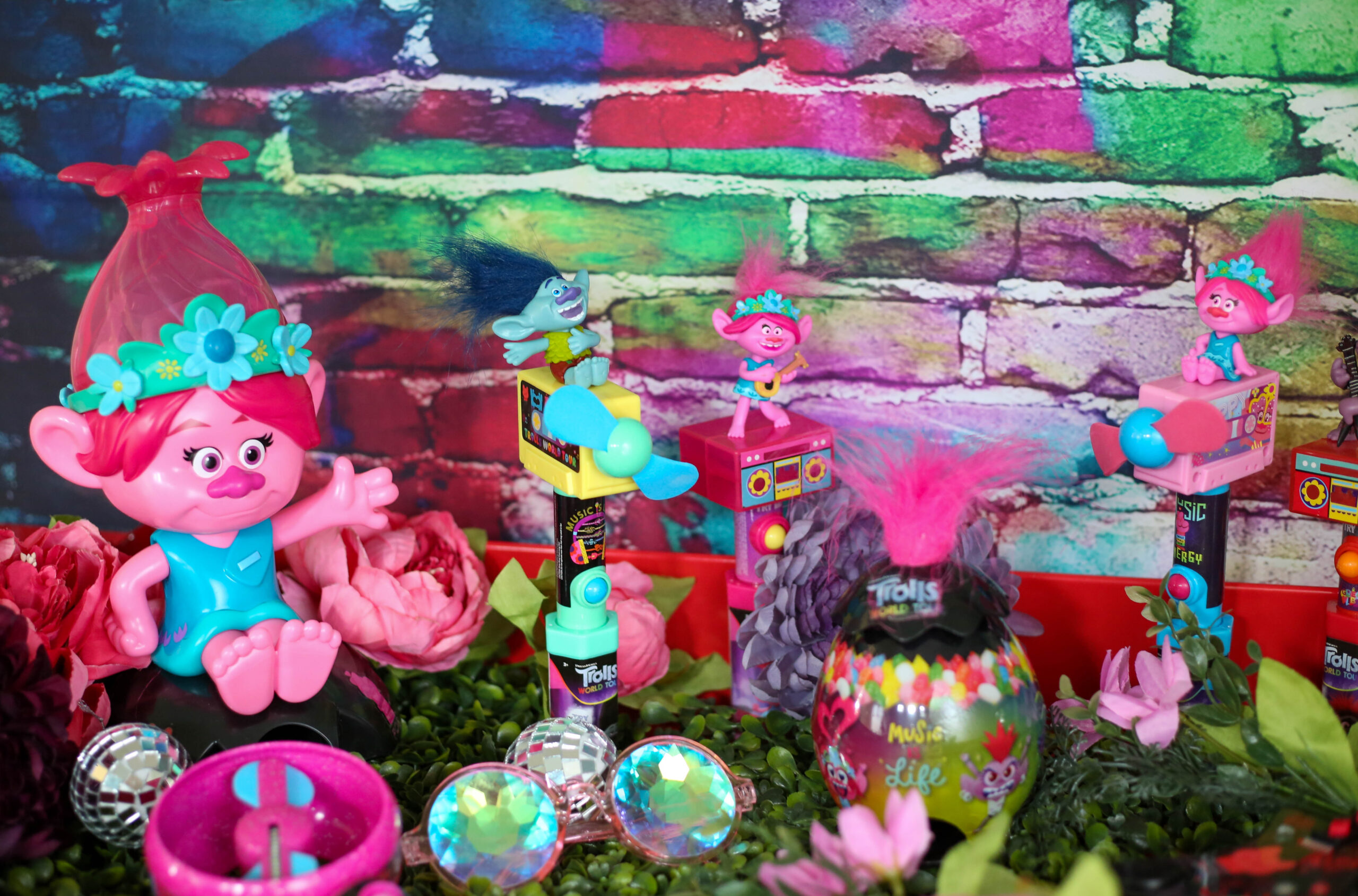 Following the story of the original Trolls Movie, the trolls discover that six other types of Troll exist. Each type represents a unique genre of music. including Pop, Funk, Classical, Country, Rock, and Techno. Queen Barb and her father King Thrash, played by Ozzy Osbourne, are from the kingdom of Rock, and aspire to become the supreme, reigning kingdom at all costs. Can they be stopped? We’ll find out in April! I love that there will be a home viewing option; my family is really looking forward to this while we practice safe social distancing.

Just in time for the release of this fun movie for kids, CandyRific has introduced engaging candy novelties to coordinate with the Trolls World Tour movie characters and theme. What a timely treat for child or tween gifting ideas! The Poppy Gumball Dispenser is a fun and interactive candy toy with a unique motion element, dispensing a tasty CandyRific gumball with a pull down motion on her extended arm. Some bubble blowing contests are in our future! 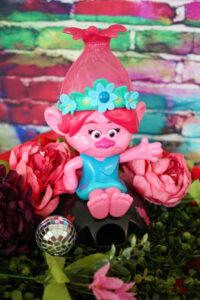 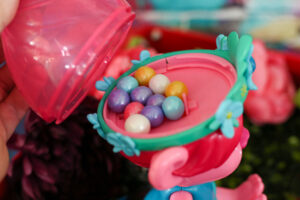 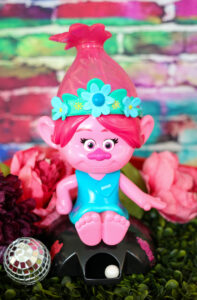 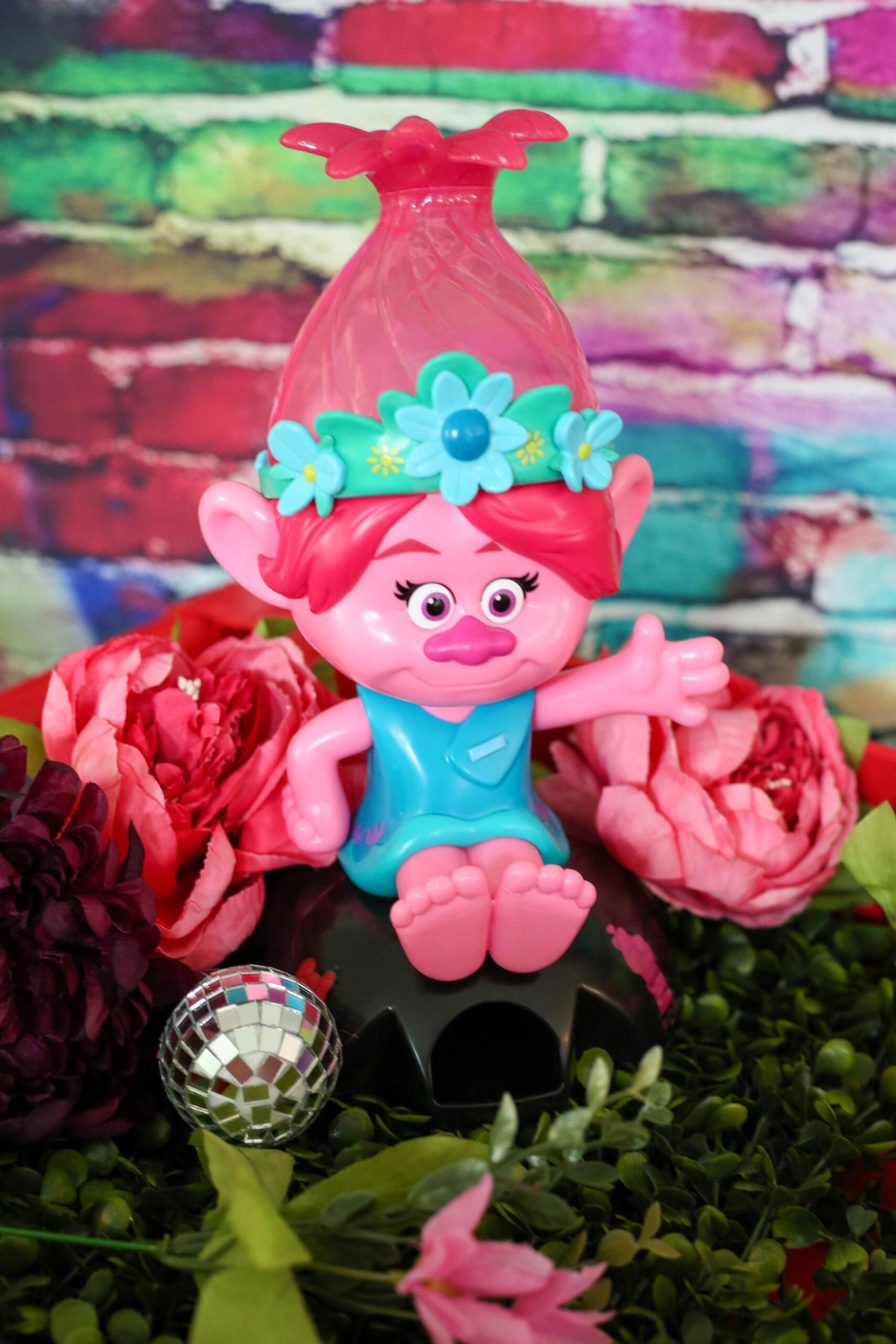 Colorful candy wand fans have safe foam blades and feature Poppy and Branch. Hidden inside the handle is some yummy CandyRific candy in a sealed bag. 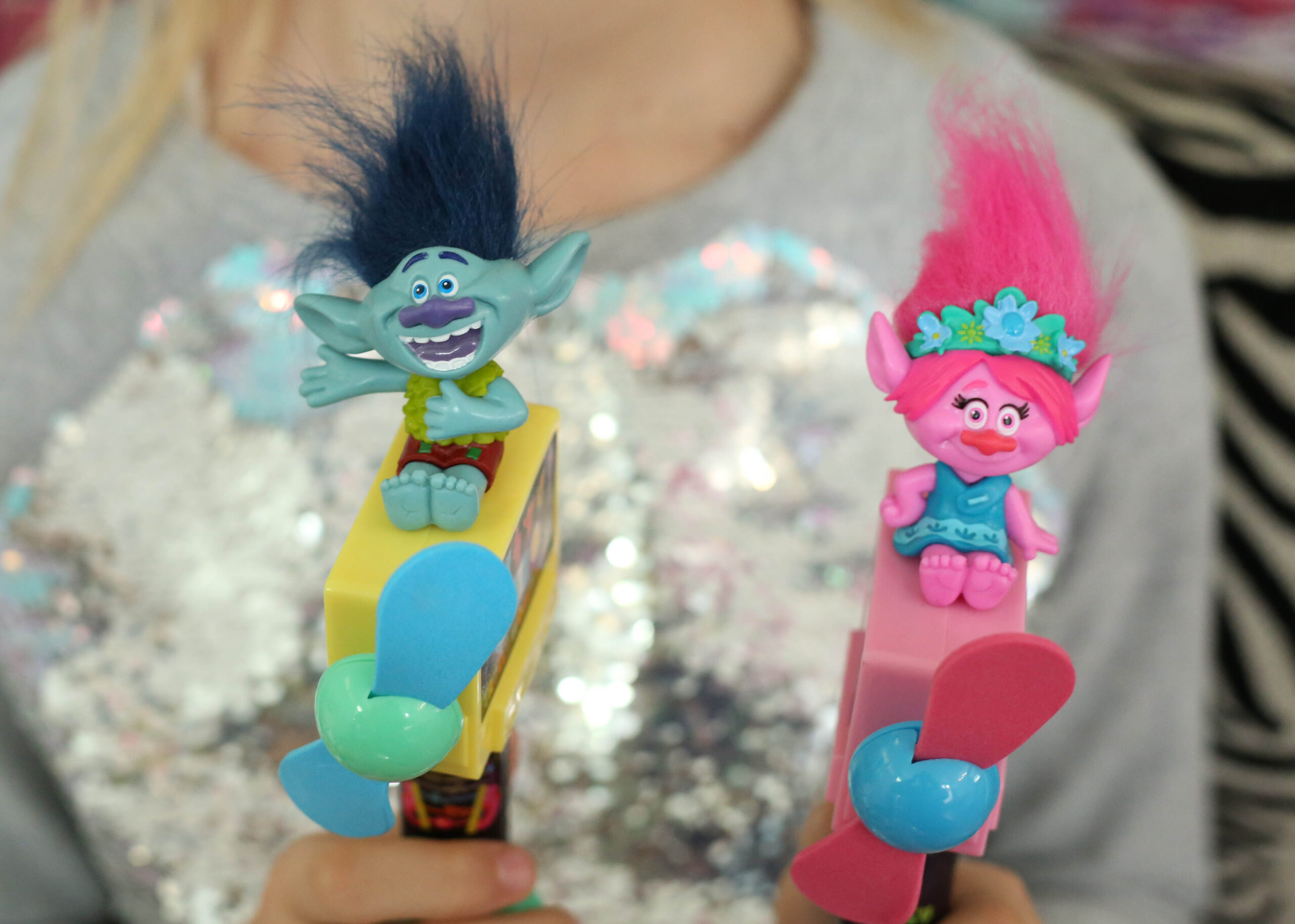 Barb and Poppy sit atop light up wands that play fun music with the touch of a button. They’re also filled with candy! 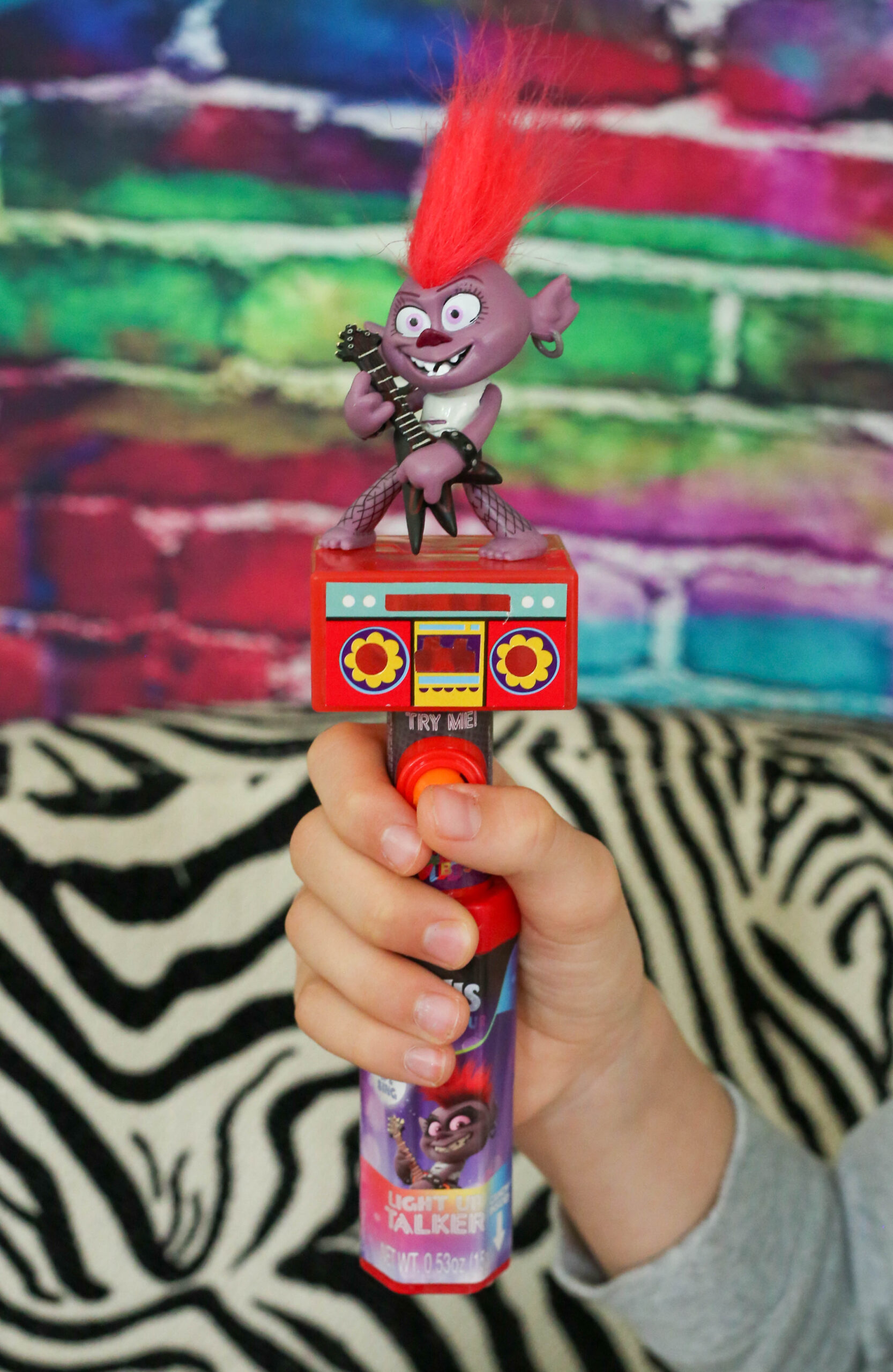 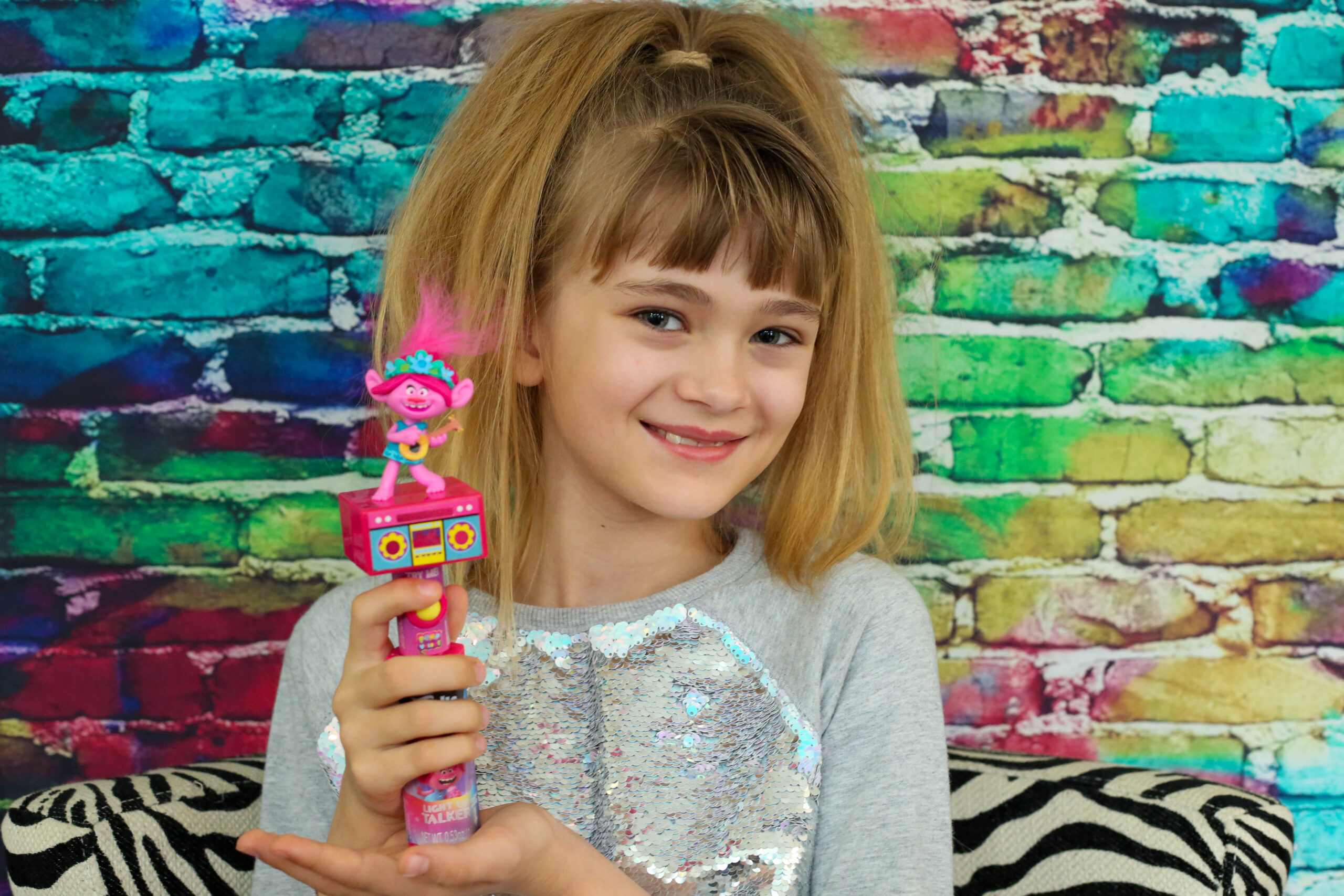 The Trolls World Tour Easter Egg is a surefire hit for unique Easter basket toys this year. A press on the top of the egg dispenses a jelly bean through the bottom of the toy. The egg features a colorful wrap featuring all your favorite Trolls World Tour characters. 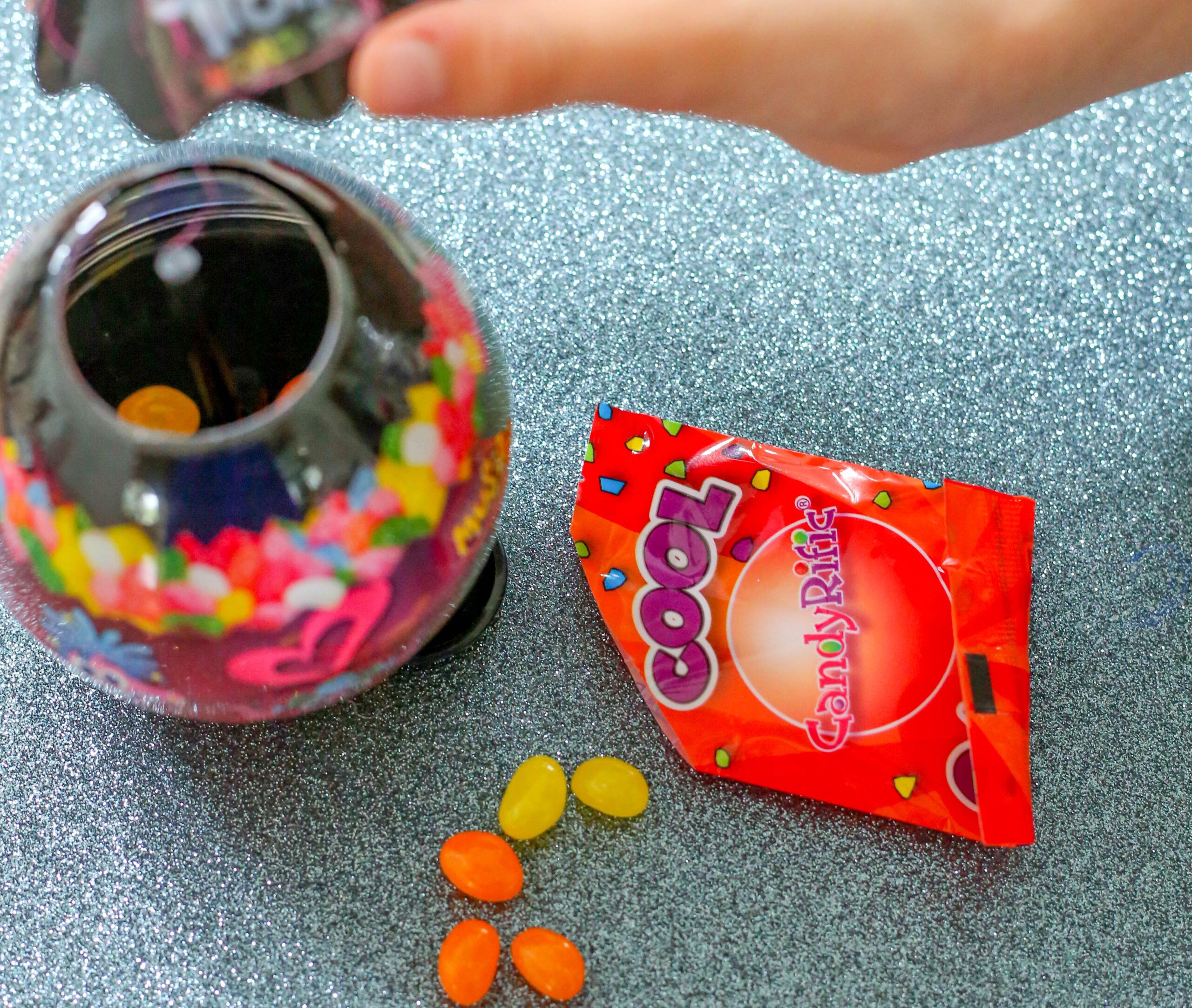 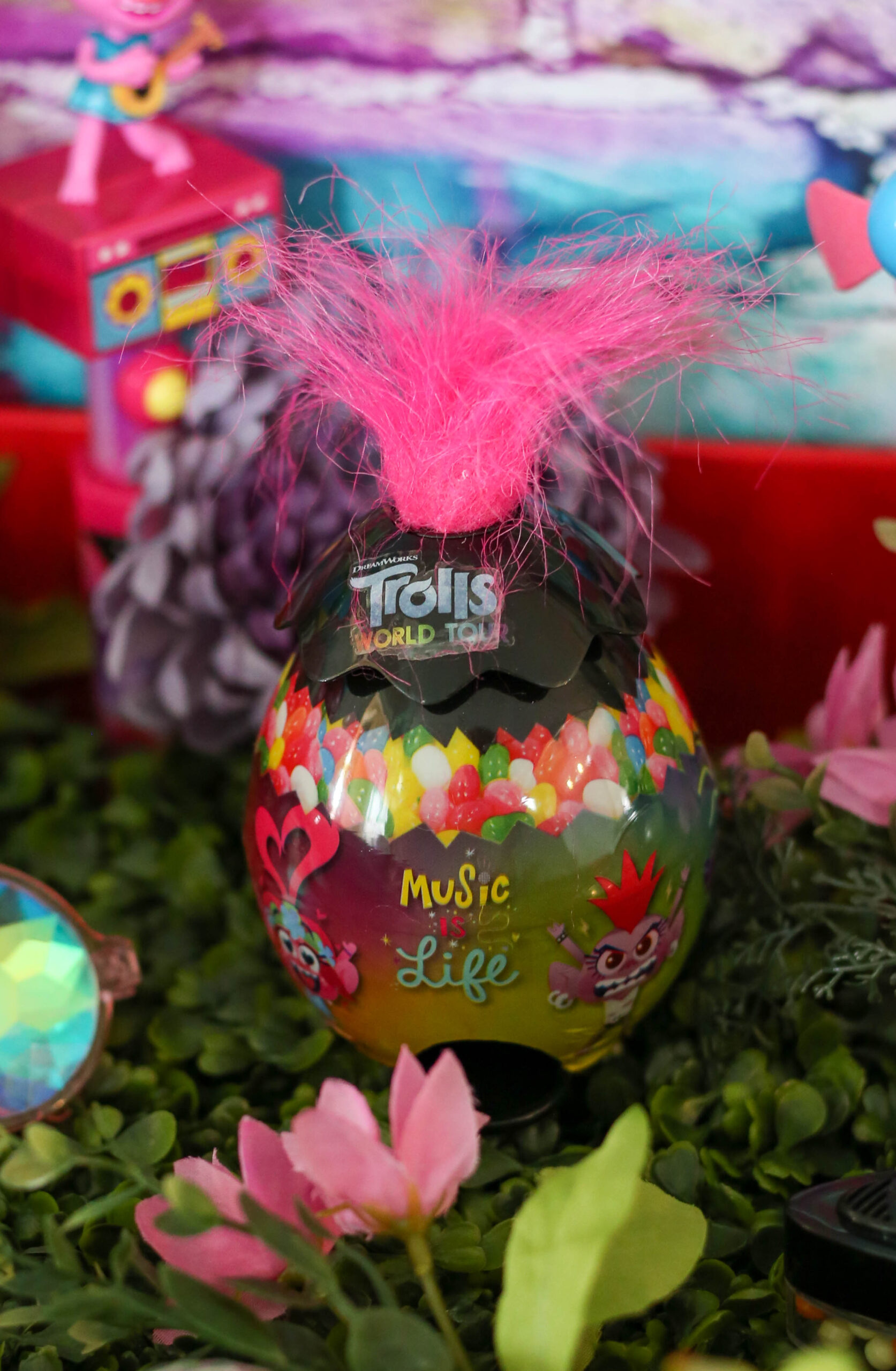 Other fun candy novelties offered to coordinate with the theme of the Trolls World Tour movie are these candy filled guitars. Poppy’s guitar is pink and has a floral design on the front, while Barb’s rock guitar is black and red with rock imagery. It’s also filled with tasty CandyRific candy! Each guitar plays multiple tunes, and the sound is fantastic! 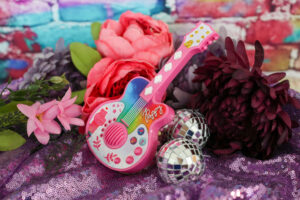 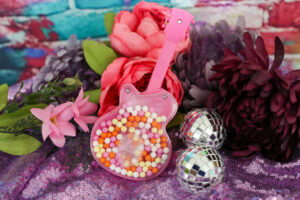 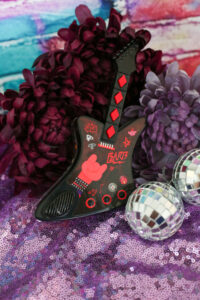 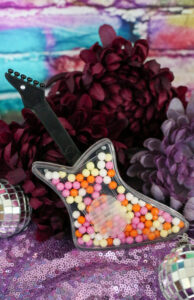 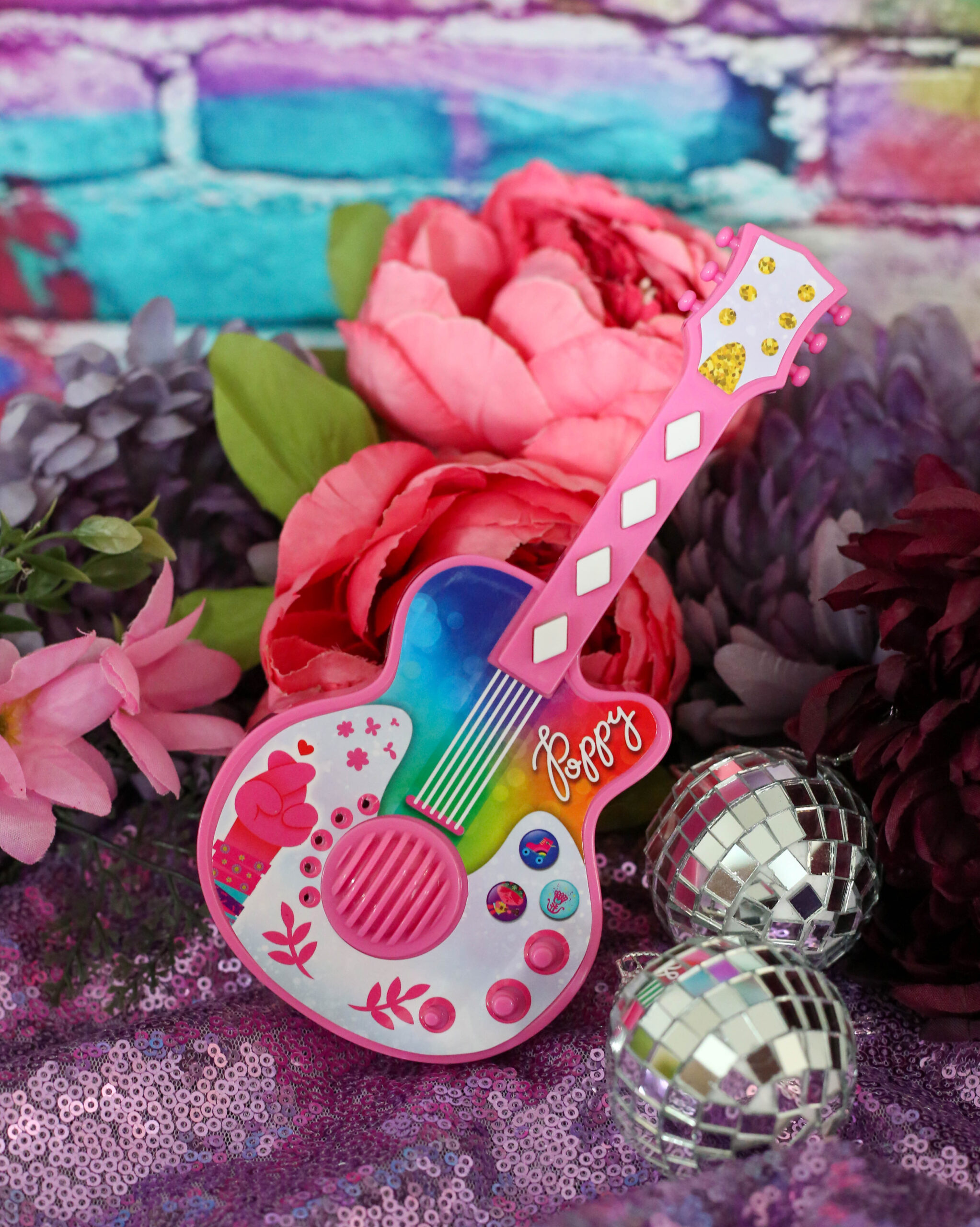 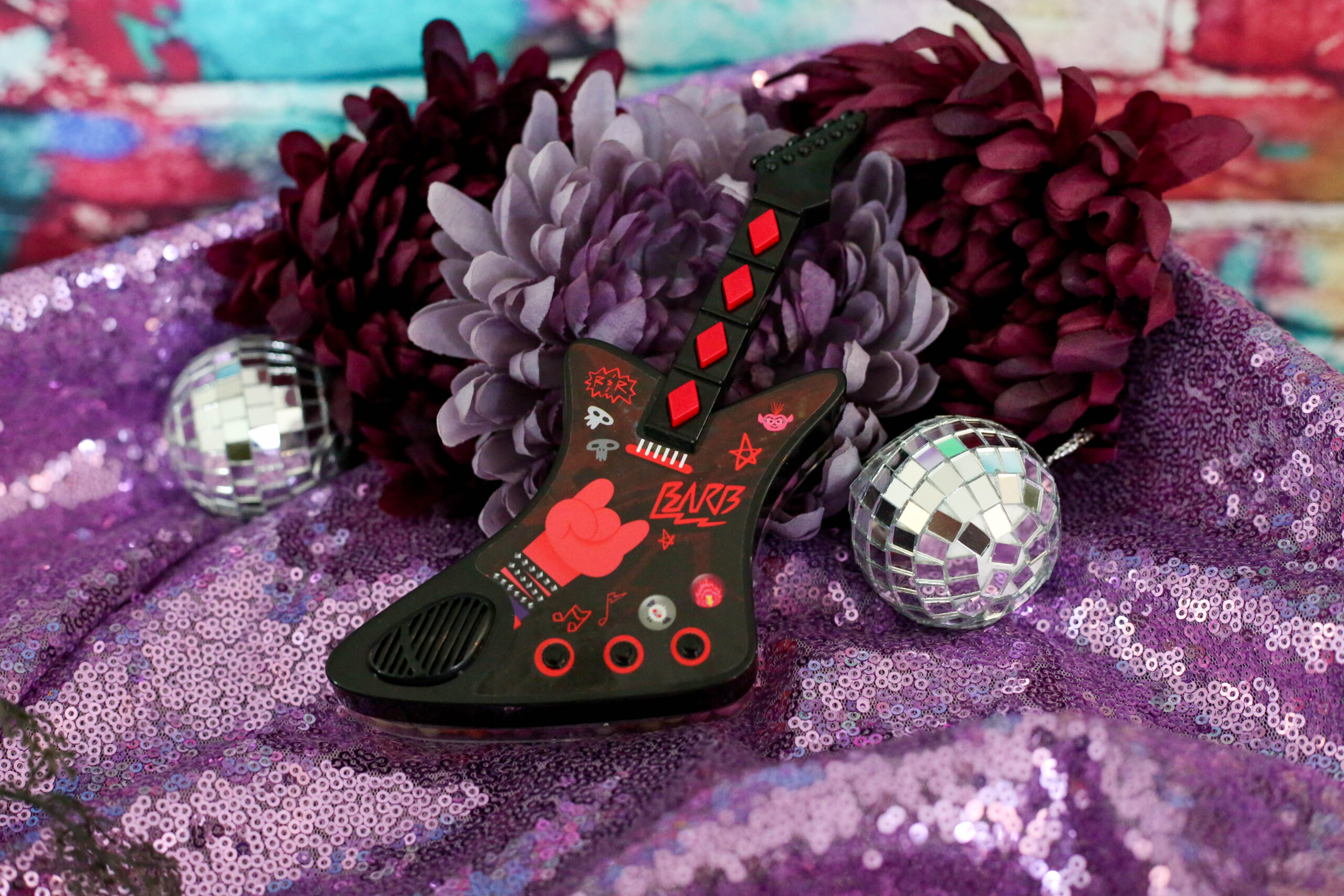 One of the coolest toys to come out in celebration of the Trolls World Tour movie is the light up animated fan, the foam propellers are safely housed in a round cover; when the button on the fan is pressed, the propellers spin, and an animated LED light show of  Trolls World Tour imagery is magically projected onto the front of the fan using brand new technology from CandyRific. Of course, hidden inside the base of the fan is a little bag of cheerfully colored fruit-flavored candies. 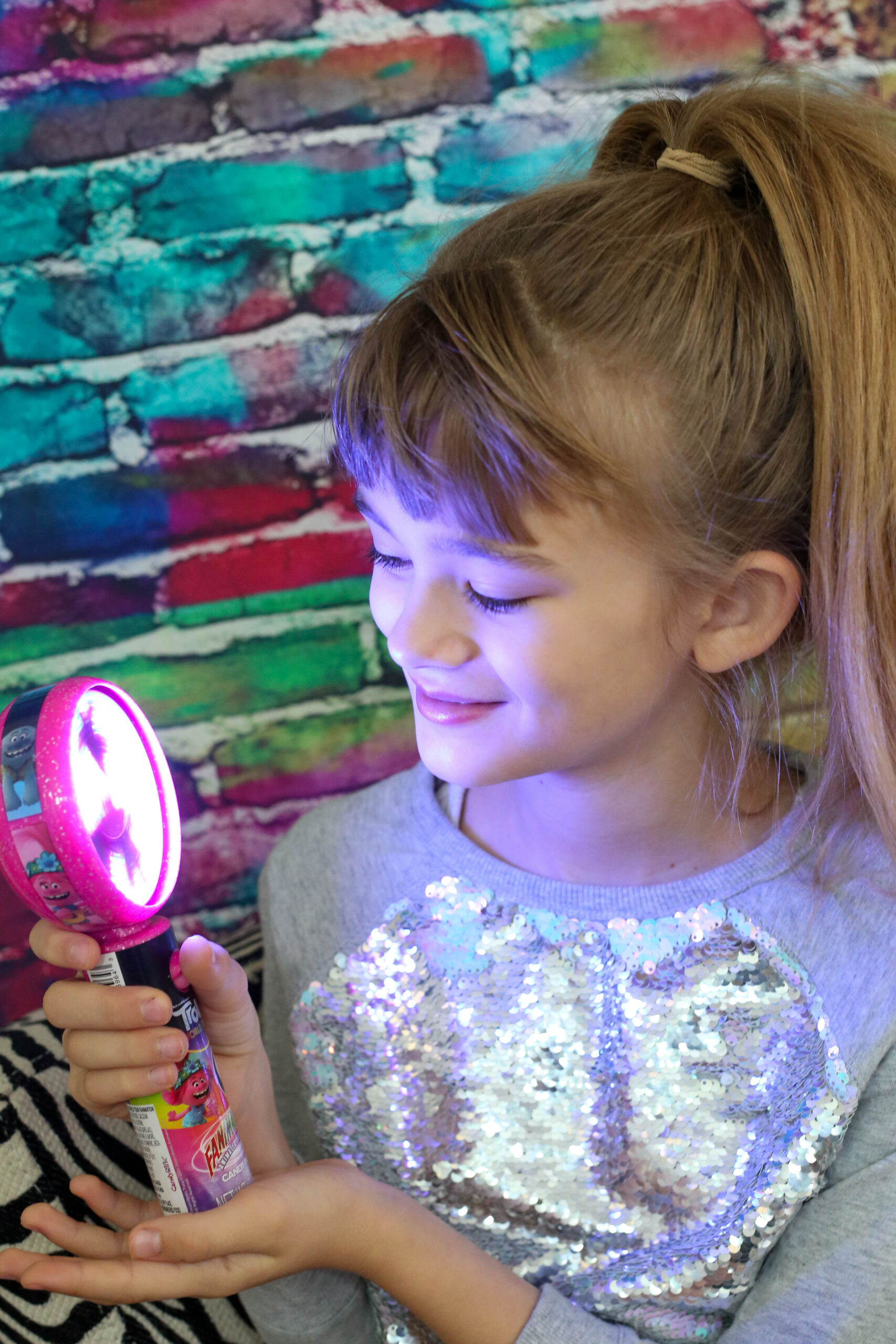 Hope you’ll have a chance to get your hands on these fun candy toys in time for the premiere on April 10th! Find all of these amazing Trolls World Tour toys by CandyRific at select grocery, convenience, drug, and other stores across the country, including Walgreens, CVS, Menards, Safeway Inc., Kroger, Harris Teeter, Rite Aid, Target, IT’Sugar Inc., Bed Bath & Beyond, Michaels, and Party City. They are perfect for Easter baskets, gifts, table centerpieces, party favors, and gift toppers!

Trolls World Tour candy novelties from CandyRific candy novelties are limited, so jump on them and purchase if you see them in stores! Of course, you can find many of your other favorite characters, as well. 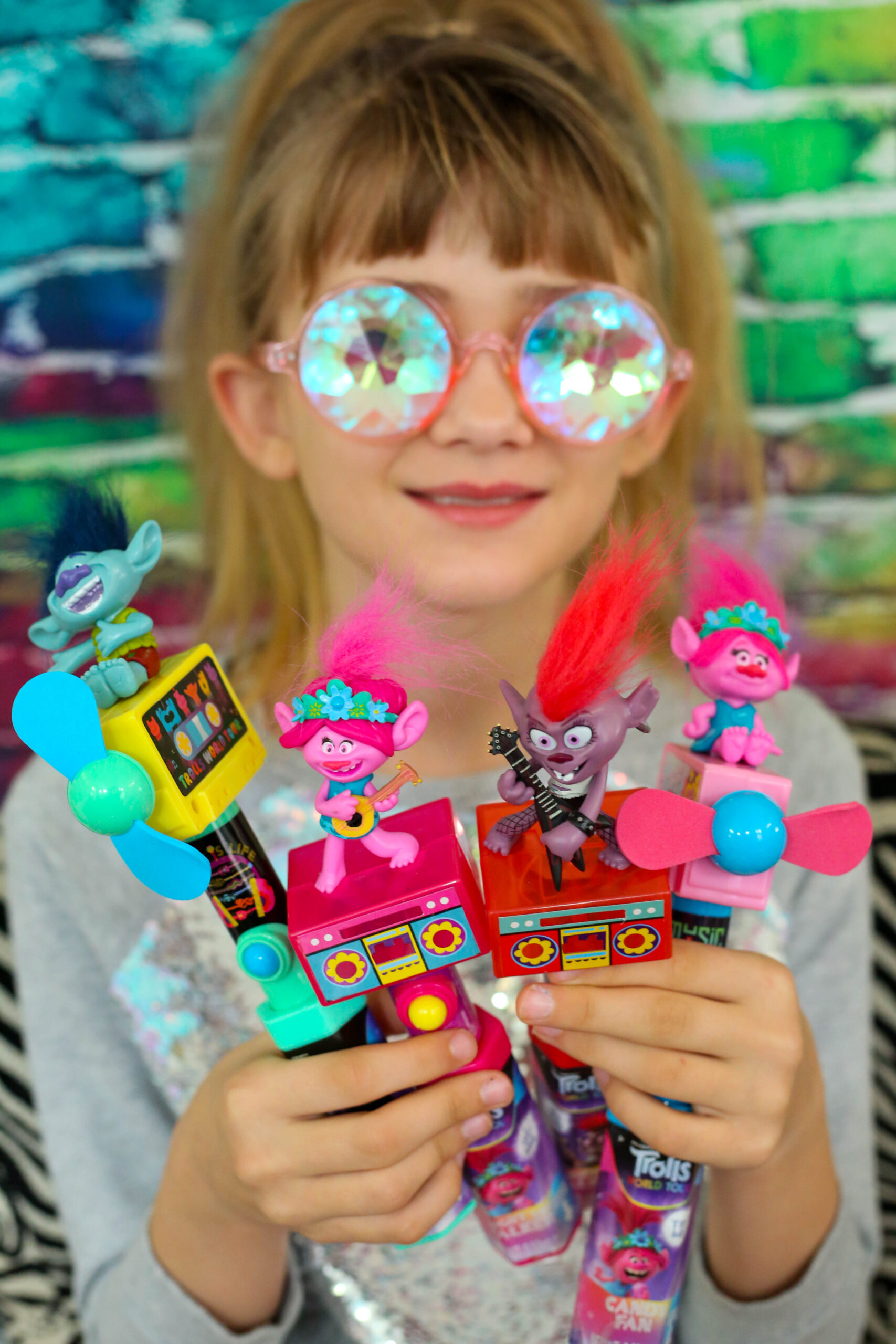 The items seen in this post were provided to me with compliments of CandyRific, the opinions and photos on this page are my own. Shop www.candyrific.com for more exciting candy novelties and toys!